What part of the Farmington River is designated?

The Farmington Wild and Scenic River segment runs from the base of the Goodwin Dam in Hartland to the Nepaug River confluence in Canton (slightly upstream of the Canton Town Bridge). The segment is 15.1 miles long.

When was the river designated a Wild and Scenic River?

March 12, 2019, the 1.1 downstream miles from the New Hartford/Canton town line to the confluence of the Nepaug River in Canton. This section was appended to the Upper Section, in order to capture the longer free-flowing section under the Upper Wild and Scenic Management Plan of 1994.

What protections are given to the Wild and Scenic segment

Protection is threefold; at town, state and federal levels, reflecting the cooperative approach to river conservation.

Town governments continue to regulate most activities undertaken by citizens, private landowners and local developers. Special protections are provided through the adoption of special zoning districts called the 'River Overlay Protection Districts.' These districts were adopted at town meetings. Local zoning boards are responsible for ruling on proposed exceptions to these rules.

State agencies will review and act on proposed projects as regulated under pre-existing state statutes. In addition, the Commissioner of the Department of Environmental Protection is committed through statute to cooperate with all relevant federal, state and town agencies in management of the river in accordance with designation.

The federal government protects the river from federally funded or licensed water resource projects that would harm the outstanding resources and free-flowing character in the segment. Projects are reviewed by the Department of the Interior through the National Park Service office in Boston.

This approach to resource protection was designed to avoid new regulatory hurdles for the residents of the valley. In each case, protection is provided through pre-existing mechanisms or local authorities.

Is there an overall management plan for the segment?

Yes, the Upper Farmington River Management Plan, part of the enacting legislation, describes a vision for future management of the segment and its adjacent lands.

Who is charged with the management of the segment?

In general, management responsibility remains with the private, town, state and federal groups that had this responsibility before designation. However, an advisory body - the Farmington River Coordinating Committee - was created when the river was designated to coordinate these management activities. This coordination ensures consistency and information sharing. The purpose is to promote long term protection of the segment through the existing town, state and federal authorities. The Committee is made up of representatives of the five river fronting towns (Hartland, Colebrook, Barkhamsted, New Hartford and Canton), state of Connecticut (DEP), Metropolitan District Commission, Farmington River Angler's Association, Farmington River Watershed Association, and National Park Service. 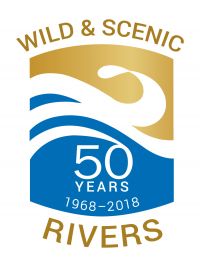